Before we do proceed with the winners list of bigg boss of all seasons would like to give you short information about the show, I know it could become little lengthier but if you know about it just skip it and read only the winners name year wise. No doubt that Bigg Boss is one of the biggest and most popular reality tv show of India but did you know the format of the show is taken from the Netherlands reality show “Big Brothers”. The first season of Bigg Boss was aired in 2006 which was hosted by the Bollywood actor Arshad Warshi. As you are big fan of the show you already know about the format of the show as few contestants who known as “housemates” live in a custom built house for a specific time of period and they isolated from the outside of the world and they can’t contact anyone and also they can’t use electronic device to contact people. All the housemates are constantly monitored by the camera and overseen by a mysterious person we all know him as a “Bigg Boss Live” whose only presence in the house via his voice. 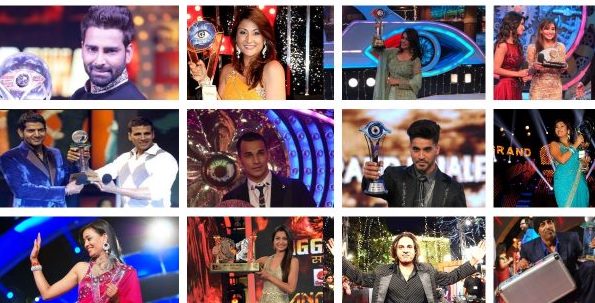 Here is quick glance table which you could see here below I have shared the detail information about the Bigg Boss winners from beginning to this year. So keep reading this post to know more about the winners of the show.